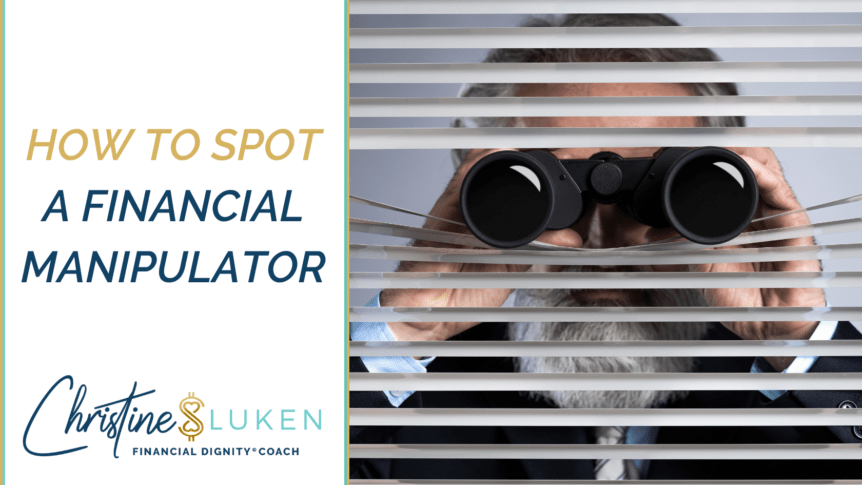 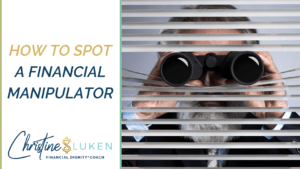 I know how to spot a financial manipulator from a mile away. Being engaged to one, back in my twenties, gave me a front row seat to the telltale signs. Unfortunately, I didn’t know at the time that I had fallen victim to a financial manipulator until it was too late. By the time I broke off my engagement to “Jeff,” I had a barren bank account, a dismal credit score, and a ton of resentment.

Financial manipulators aren’t just folks who have fallen on hard times and need a hand. They chronically take advantage of other people, usually playing on their emotions, to persuade them into giving up access to money, assets, or credit. Financial manipulators aren’t criminals because they convince others to go along with their wishes, despite their initial reservations.

A financial manipulator might sweet talk a lonely elderly relative to let them “borrow” their car, or add them as an authorized user on their credit card. It usually starts out as a one-time request that snowballs into a regular occurrence.  For example, the person might plead for use of the car to go back and forth to work while theirs is in the shop. A week turns into two, which turns into a month, and so on.

How to Spot a Financial Manipulator

1 – They Have the Best Stories

Oh, the stories! Financial manipulators are master storytellers. When they plead their case for why they need help, their stories are full of drama, color, and details. So much so, that surely, they couldn’t be making that up, right?
“Frank” the financial manipulator won’t just tell you that a guy at a bar stole his wallet, which is why he needs to borrow $200. Frank tells you he arrived at the Blue Hawaii Tiki Bar for the Elvis impersonator singing contest at 9:58 PM. There was a shifty-eyed burly man at the bar who must have been 6 foot 6 and 350 pounds. As he brushed past, Frank turned to see the man pocket his wallet. There was a confrontation and he barely got out of the bar alive! Yep, there’s always a great story.

Financial manipulators aren’t just great storytellers, they are “masters of the saga.” These folks don’t have isolated stories about their dramatic events and financial tragedies. Their tales could fill multiple books and their saga sounds like something an epic novelist would write.

A few years after I left Jeff, I had a friend, “Tracy,” who magnetized drama to herself. The craziest things always happened to her, and many of them were financial in nature. A few episodes included: getting cash stolen out of her house by a suspected neighbor, being rear-ended by a driver with no insurance, a landlord who refused to fix a major leak in the kitchen so she had to pay the plumber herself, and an ex-husband who suddenly stopped paying child support after 8 years of steady checks.

After a while I started thinking, how could so many bad, crazy things happen to one person? And of course, it was never Tracy’s fault that any of these things happened. And then comes the dramatic plea for help.

3 – They Target People Who Are Natural Givers

Financial manipulators don’t seek help from the cynical, the critical, or the pessimists. They target the kind, the generous, and the optimists who always see the good in others. This is why I’ve been an easy target for financial manipulators in the past. I always look at the bights side and try to believe the best of others. And, sometimes, it cost me money because of it.

Don’t get me wrong; I’m not advocating we all turn into crusty, suspicious grinches! Just be aware there are people out there who seek out natural givers to manipulate financially. Years ago, at a church I used to attend, I co-lead a bible study at another couples’ house. One regular attendee, “Ben,” experienced a string of unfortunate events including health issues, car trouble, and job loss. Our small bible study group rallied around him, bought him groceries, took up a collection to help with his rent, and even gave him a car! Shortly after the outpouring of generosity, Ben disappeared into thin air. We later found out he pulled a similar sob story on another small group within our church. And that wasn’t the first church he had hit up for assistance either.

4 – They Try to Make Their Problem Your Problem

The final sign of a financial manipulator is that they try to make their problem your problem. If you decline to lend them money to get a loaner car while theirs is in the shop, they’ll declare, “Well, then you’ll have to drop me off and pick me up from work every day!”

All of a sudden, your anxiety levels rise, thinking about being their chauffer for the week. Now lending them money feels like an easier option. If you don’t stop a minute to realize that, no, you don’t have to do either, you could play right into their hand. Financial manipulators will toss their problem at you like a hot potato. You have to be smart enough – and strong enough – to let it drop on the floor.

Just because someone tries to hand you their problem, doesn’t mean you have to take it. This can be difficult if you enjoy helping others and problem solving. It’s almost reflexive to receive the problem and go to work on it, even though it’s not yours. The financial manipulator will usually lavish you with praise and compliments, tell you how awesome, smart, and generous you are, while batting their eyelashes. “What would I do without you?” 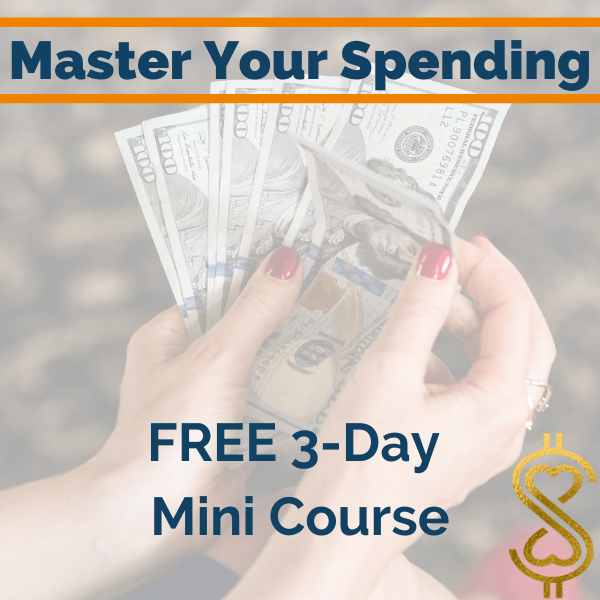